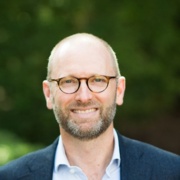 Mr. Feist has served as Chief Executive Officer of UPG since 2018. Prior to this appointment, he served as Chief Operations Officer for UPG beginning in 2016. Prior to assuming that role, he served as UPG General Counsel for ten years; the last five of which he also served as Chief of Staff. Before joining UPG, Corey served as Associate Special Advisor to the CEO of UVA Medical Center after relocating from private legal practice in Sarasota, Florida in 2001.

Mr. Feist holds his MBA from UVA Darden School of Business, his JD from Penn State Dickinson Law School and his BA from Hamilton College.